More Than Satisfactory: The Amazing Aftermath of The Two Day Closed Alpha

When Coffee Stain Studios dropped a closed Alpha for their up and coming game, Satisfactory, to the Epic Games Launcher, early birds ate the game and its diverse content up while they still could. March 8th – 10th marked the beta’s short, yet prosperous lifespan, but make no mistake, the game’s community was hard at work all weekend creating interesting machines and pushing the game to its limits when it came to exploration, multiplayer, and even building minigames, all within the two day timeslot the developers allowed them. Below are only a few of the most interesting, creative, and plain genius creations and discoveries from just that Alpha weekend alone.


“Secret location? who else dedicates their time to exploration? The cave systems are really cool and often rewarding, so many people get sucked into building that they don’t see the rest of the map.”

As u/Fi77on depicted in the screenshot above, there seems to be a bit of the map hidden away from the player and tucked into the deadly waters below a cliff face. Although the site is hazy, you could make out an interesting rock formation, or even a small track to take your vehicles for a spin. He also brings to attention the fact that Satisfactory offers much more than just building, even in this early stage of the game. Exploring the scenic surface or the dank cave systems can be extremely satisfying and even yield some valuable rewards for your adventurous nature.

Quantity, Yet No Shortage Of Quality

u/Pirateofdw decided he needed a little more iron in his life, and being the absolute mad man he obviously is, he decided he should completely balloon his iron ingot production to an admirable 360 per minute as stated in his Reddit post. This behemoth of a factory requires three truck stops simply contain the number of ingots being produced. With only three days at his disposal, u/ went all out to construct such a beautiful factory. Although its unlikely a factory of this magnitude will support your late game endeavors, for the time being, it is very impressive.

“I Use conveyors to show what items are in my storage containers.”

Sometimes, you don’t have to travel to the edge of the planet or create enough iron per minute to supply every lumberjack in Maine with a new to make a big difference in a new game like Satisfactory. Even the little things, things as little as organizing storage, are huge breakthroughs early into an Alpha. u/SobeOneX saw a problem when it came to hoarding all of your hard-earned materials and decided to create a solution. By simply placing a single conveyer belt onto the mouth of the container, It will give you a visual cue as to what exactly is inside allowing for quick easy sorting.

“I’ve found 3 and the last two were “guarded” by large versions of common aliens in either a cave or on a cliff.”

Many players, while exploring the expansive map Satisfactory has to offer, came across S-shaped crystals like the one shown above. This is called the Stüssy S and you may recognize it from the margins of your elementary school notebooks. It isn’t clear whether this is an intentional reference or an oversight on Coffee Stain’s end, but I can only hope its the former. There have been multiple instances of the Stüssy crystal found all around the map, with some even claiming to have seen upwards of four in different locations.

Although Satisfactory is marketed as a Factorio–, automation driven, ozone layer burning, factory building game, that is far from the extent of what’s possible. Like any good sandbox game, it is completely possible to build and play your own mini-games. That is exactly what u/ did when he and his friends created The REAL Battle Royale. Looking more like a Sumo game mode than another Minecraft Hunger Games clone, this would be an amazingly fun game to play with friends and it’s a solid start to what will become a staple of Satisfactory itself. u/ was even nice enough to attach a Twitch clip to his post so we can get a glimpse of the minigame in action.

Do you know about something you think should be recognized by the Satisfactory community?

Leave a reply below! 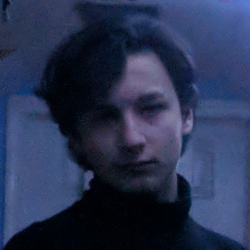 DrCraigus, or Oliver, as he's known in real life, is an aspiring journalist and web designer. Born in Hagerstown Maryland on the nineteenth day of March, 2003, He hopes he can produce good quality content about Satisfactory, as it is his first time writing for anything bigger than himself.

Register For This Site